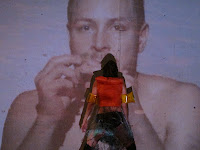 Vol.at.ilit.y dance performance in Barker Theatre
Vol.at.ilit.y examines water and it´s processes, combining and separating characteristics while transforming from one stage to another. Water and it´s different stages are used as a core of the dance expression, as a source of the soundscapes, in the media-installation and metaphorically to illustrate the spiritual and physical ties of human and places to each others. Premier in Barker-theter Turku at 20th Oct 2011.
Choreography and art direction by Tomi Paasonen ja Tiago da Cruz. Dancers are Rea-Liina Brunou, Linda Sointu and Kimmo Alakunnas
Link to a trailer: http://www.youtube.com/watch?v=7Gekie5rYdE&feature=youtu.be 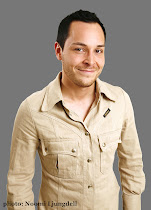 Kimmo Alakunnas in an active choreographer, dancer, director and actor from Helsinki, Finland. He holds a Master of Arts in Dance, having graduated in choreography from the Theatre Academy Helsinki in 2010. He has specialized in making contemporary dance films in which he acts as a director, writer, choreographer and performer.

”In addition to Finland, my short films have been shown at festivals in numerous countries around the world. While visiting foreign countries I’ve noticed that my work with Finnish dance and short films is unique, since I approach the narrative modes of film from the standpoint of movement. Therefore, it is dance and the movement of the human body that leads the audience along. I try to refrain from using dialogue and spoken lines, so that the viewer has more freedom to interpret the events of my films.”

”I apply these same methods to my stage work. And even though my films are often based on works that I’ve previously done for the stage, I’m keenly aware of the fact that works meant for a live audience and contemporary dance films differ vastly from each other. Both art forms have their own strengths and weaknesses – and their combinations are what interest me. They are the basis of my works of art.”